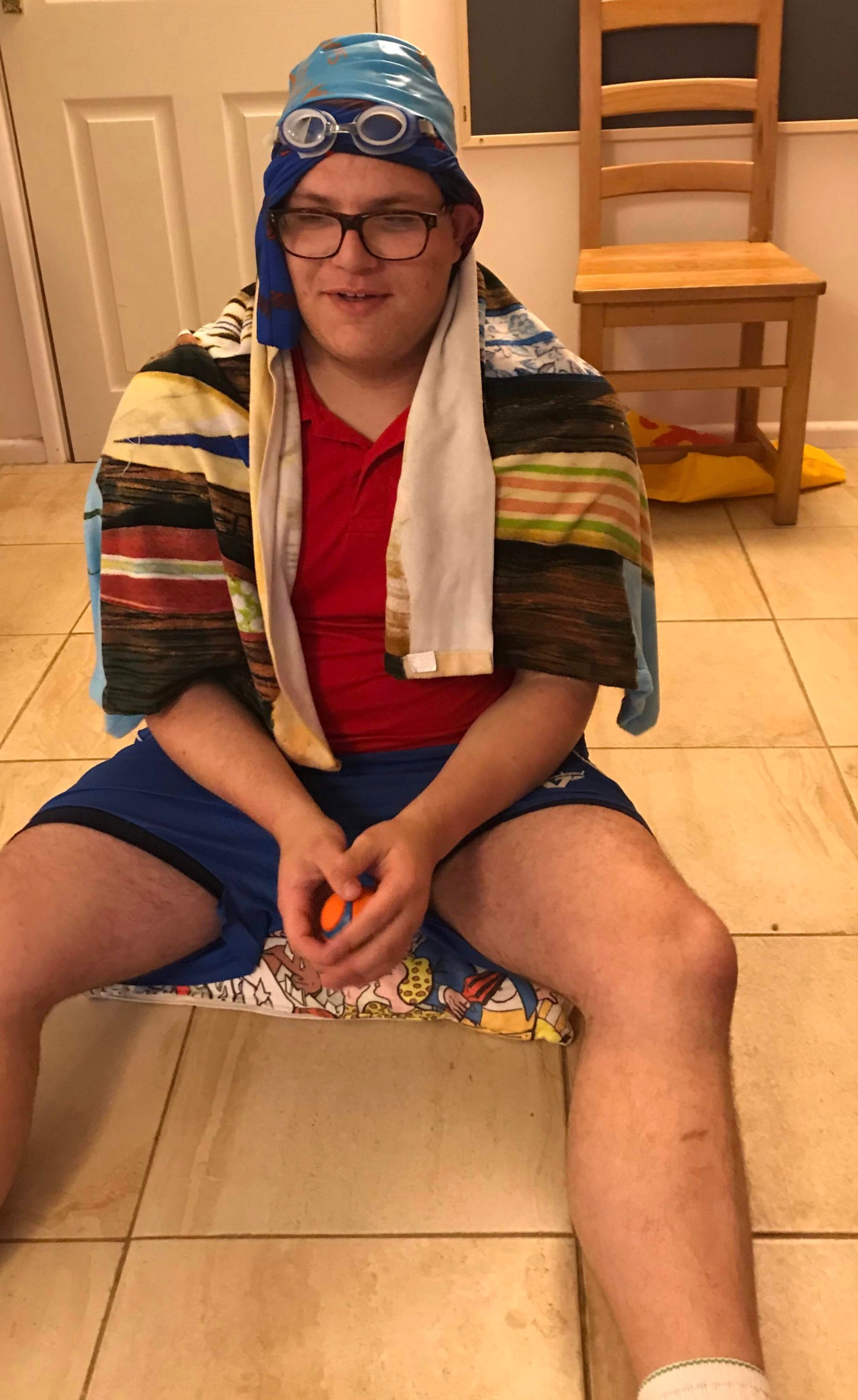 To the majority of us, the life we are facing right now is pretty weird. We are missing our friends, and are bored with the same mundane, Groundhog Day feeling that each day brings. There’s no excitement, no spontaneity, no bumping into old pals at the shops or stopping in at the local after a leisurely walk and for those now furloughed, there’s not even any adrenaline fuelled deadlines, that we used to think we hated but now weirdly miss.

Although it has to be said, there are some parts of lockdown I’m actually quite enjoying.

The biggest part being that Aiden is absolutely loving life. We have had no big meltdowns for 10 weeks! Which means he’s enjoying it even more!

So what’s different? Well, the biggest factor is that he doesn’t have to socialise.

Now don’t get this confused because Aiden is actually a sociable guy, which may seem odd for someone with autism. That myth that all people with autism are loners, isn’t actually true but it’s not as clear cut as it may seem.

Socialising, involves so many different aspects and skills – knowing when to talk, pretending to be interested in what someone else is saying, dealing with new people, changing plans to please others, going to new places – the list goes on and on, yet to the neurotypical, the majority of those skills just come naturally – we don’t even know they exist. But to those with autism, it’s the lack of these social and communication skills is what makes everyday so hard. So, it’s not that Aiden doesn’t like people or that he doesn’t want friends, he does, he loves being with familiar people but the whole experience is so unpredictable that it causes immense anxiety. To live with that fear day in day out is absolutely exhausting.

Right now all that has gone, and Aiden is absolutely living his best life! Spending all his time in the comfort of his own home, in his safe environment, doing what makes him happy, is a really good place to be. Nothing unexpected can happen, no one is going to suddenly drop by and all conversation is easy, it’s on his terms and he has no social expectations to meet.

Demands being placed upon him are significantly reduced (pj’s are no longer just for nighttime!) and he gets to spend everyday doing his favourite thing – chilling out in his room, binge watching every single episode of his favourite trashy shows over and over again! He is living the dream!

It took a few weeks for him to desensitise and relax into his new routine but we can now see a genuinely happy smile shine through.

I know it’s going to be hard venturing back out into the real world again when all this is over.

But, if I can take one positive from this difficult time it has to be this.

It’s been such a valuable time for Aiden to reset and relax, and has given him a break from a life filled with constant anxiety that would otherwise never have been possible.

I’m sure for some it has been a very different story, but in all this uncertainty and sadness I’m super a proud Mummy.