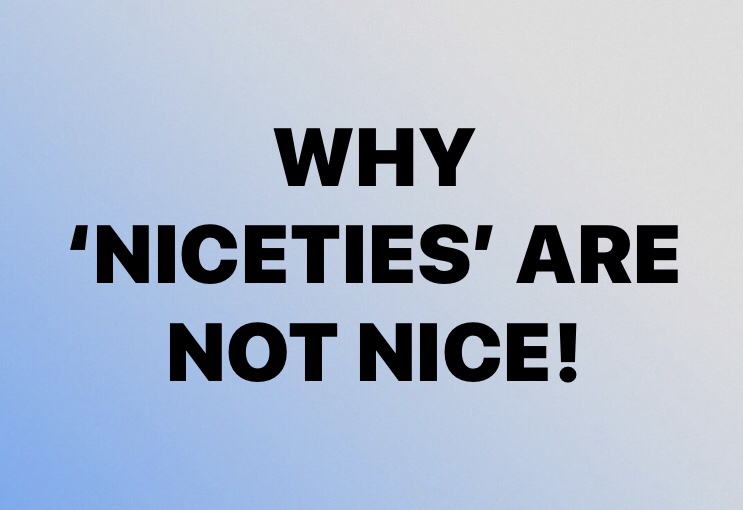 Who would think saying ‘HELLO’ was one of the hardest words in the world? Well to Aiden, it most definitely is!

Society has deemed this so called simple, polite welcoming word as a must! And if you don’t say hello, you are either seen as rude, ignorant or ill-mannered or on the flip side, we take it personally and believe that person doesn’t like us or we’ve upset them somehow.

I spent years trying to teach Aiden to say ‘Hello’ and I would probably say 18 years later that he now says hello about 20% of the time! Was it worth it? Who knows! I still celebrate to myself when he say it in the right context without being prompted. (A silent victory)

So why is it so hard? We know that social interaction is difficult for those with autism and that, this so called ‘social etiquette’ does not come naturally but Aiden can now explain to me his reasons.

Aiden’s view is that he does not understand the purpose in saying hello in most situations! Let me explain: If somebody visits my house, even if it’s a friend who Aiden knows well and likes, he will greet them not with ‘Hello’ but instead with, ‘what are you doing here?’ Or sometimes, ‘how long are you going to be here?’ He is not being rude, simply curious. He needs to ensure their being is not going to interrupt his plans for the rest of the day.

If Aiden is in same place as someone when they arrive, he can see them, and they can see him, meaning, he knows that they are there and they know he is there. He believes he does not need to acknowledge their presence in another way ie with a ‘Hello’. If they choose to say hello that’s up them but Hello is not a question, therefore, he does not need to reply!

If someone knocks our door and Aiden opens it, Aiden will greet them with ‘come in,’ if they are friends, or ‘what do you want?’, If they are strangers. When Aiden answers the phone, he says ‘who is it?’, because he says, that makes more sense. He can not associate a person with a voice when he can’t see them, therefore, saying ‘hello’ is pointless.

Another massive factor for Aiden is that, this one little word ‘Hello,’ is never, just one little word. Hello is the first word of many unpredictable, leading, open ended questions that follow which are utterly terrifying and he will do anything to avoid!

And finally, me telling Aiden to say hello, is a demand and as we know, demands, in the world of PDA are met with instant avoidance, so for years, I set him up to fail before he’d even begun.

After learning this about Aiden, which trust me, took many years, I realised Aiden saying hello, was for mine and other people’s benefit so he didn’t sound rude.

Now, rather than sounding like a broken record and getting nowhere, saying ‘Aiden, say hello’, I turn the attention onto the visitor and say to Aiden, ‘Mr Whoever, would like to introduce himself to you’.

By doing this, it detracts from the torturous word ‘Hello’ and allows the visitor to believe they’ve been acknowledged.